National Chef of the Year 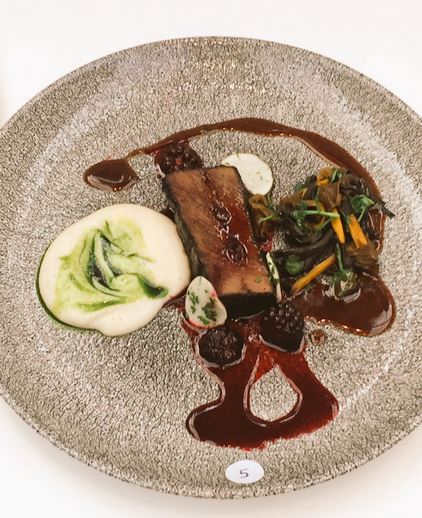 National Chef of the Year 2017

This year’s Restaurant Show at Olympia London, saw not only more that 450 suppliers within the food and drink industry all under one roof; but it also held the annual Craft Guild of Chefs’ National Chef of the Year competition on Tuesday 3rd October.

Judged by top chefs including Clifton customers Tom Kerridge, Simon Hulstone and Gary Jones; they had their work cut out for them and their forks full, as they were set to taste and decide who would be 2018’s National Chef of the Year.

The finalists of the prestigious National award were:

The finalists were tasked with creating a 3 course menu using seafood within their starter, venison as the main, then for dessert, the chefs had to use the Great British apple; not only that, but they had to create four plated dishes per course. 12 dishes in 3 hours.

After some excellent looking dishes were tasted by the array of top chef judges, the winners were announced with hundreds of people watching through social media channels, as well as the large crowd gathering at the event in Olympia on Tuesday evening 3rd October.

The winners announced were –

We’d like to give huge congratulations to everyone involved in National Chef of the Year! Well done chefs, all the dishes looked fantastic!