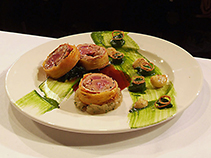 Clifton Food Range® had a successful day at the Scottish Chefs Conference this month, where top chefs Geoffrey Smeddle and Daniel Clifford used the Clifton water bath to demonstrate some outstanding dishes.

The event is held in Glasgow for over 700 delegates consisting of leading chefs and college students. It’s an opportunity to acquire knowledge and techniques from some of the most respected chefs in the world and and to meet suppliers offering the latest products and cutting edge innovations. There were various demonstrations throughout the day from some high profile industry chefs. END_OF_DOCUMENT_TOKEN_TO_BE_REPLACED 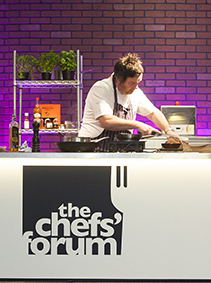 The chef demo stage was put together by The Chefs’ Forum and features a Clifton sous vide water bath. The portable kitchen will also be used to ‘wow’ chef and foodie audiences on a national level.  It will be used to teach young chefs tips and hints on how to deliver the perfect cookery demo with master classes on becoming a TV Chef. This portable kitchen was constructed with equipment kindly donated by Chefs’ Forum sponsors for the greater good of professional and student chefs involved with The Chefs’ Forum.  END_OF_DOCUMENT_TOKEN_TO_BE_REPLACED

Clifton Down Under With Chef Jude Messenger 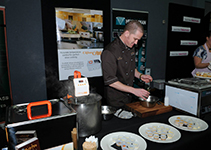 The Wine and Food Festival in New Zealand is in its tenth year and this year’s event was more successful than ever. A total of 44 exhibitors showcased specialty products and equipment to over 400 visitors, where they could enjoy an evening of great wine, beer and tasty food with some of New Zealand’s best wine makers and craft style producers.

Check out The Bistro here: www.thebistro.co.nz 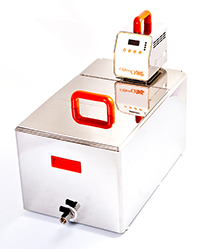 It’s one week to go until one of the biggest Hospitality events of the year, The Restaurant Show.

We are delighted to announce we will be exhibiting a variety of Clifton Food Range products on stand E49. The event will run from 7th -9th October in Earls Court 2.

We will be showcasing the popular Clifton water baths, all the latest sous vide accessories and the new Clifton Bottlewarmer, designed to keep sauces warm on the pass. There is plenty to see and we look forward to meeting you!

Success At Skills For Chefs 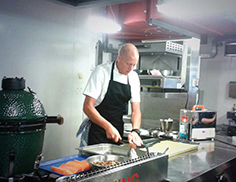 Clifton Food Range® attended Skills for Chefs this year where many high profile chefs were using the Clifton water bath during their demonstrations.

James McKenzie, Chef Proprietor of The Pipe & Glass Inn demonstrated a sous vide duck dish which was exquisite and the meat extremely succulent and tender.

Will Holland from Fine Dining restaurant La Becasse also used the Clifton water bath during his demonstration of smoked poached salmon. Will has been a long standing Clifton customer and gave praise to the sous vide equipment. “I’ve always used Clifton for my water baths. It’s impossible to over cook in the water bath.” 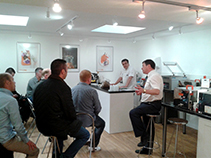 Clifton Food Range® held the first of many sous vide demonstrations in their new demo kitchen on Monday 24th June. This event was exclusively for Chef Forum members. Total Produce, HenkelmanUK and The Chefs’ Forum all supported the event and Chef Chris Wicks demonstrated a range of dishes throughout the day. These included a combination of sous vide cooking and the two latest cutting edge pieces of equipment, the centrifuge and freeze dryer.

Chefs had the chance to sample the amazing tastes and textures that can be achieved with the centrifuge and freeze dryer. Amongst the recipes demonstrated was lamb rump, toasted hay and smoked corn on the cob as well as delicious confit tomatoes and hake with freeze dried sweet pepper. END_OF_DOCUMENT_TOKEN_TO_BE_REPLACED 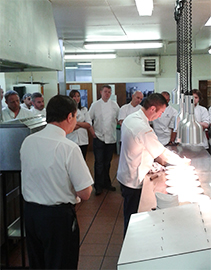 Clifton Food Range® have been supporting The Chefs’ Forum since its launch in January 2012 and we are delighted to be a part of such a successful organisation where catering, educational establishments and top end suppliers come together with local chefs to discuss ideas, current trends and ‘must have’ products.

April has been a busy month as we attended three Chef Forum events across the South West. Two of these events focussed on sous vide cooking. The Cornwall launch at Academy Nathan Outlaw saw Chef Stephane Jouan and Melvin Dickson do a demo using Monkfish accompanied by confit tomato.

This demonstration highlighted the Clifton water baths and the benefits of sous vide cooking. The well attended event was then followed by the Plymouth Forum where Chis Tanner from Tanners Restaurant demonstrated sous vide techniques using a range of different meats supplied by Master Butcher Steve Turton of Andrew James Butchery. Click here to read all our latest news.

Highlights In The Highlands For Clifton Food Range® 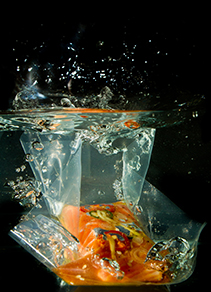 Clifton Food Range® had another successful day at this year’s Scottish Chefs Conference, where Mark Greenaway, Lisa Allen and Will Holland used the Clifton water baths during their informative demonstrations. The event is held for chefs and colleges to come together to acquire knowledge and techniques from some of the most respected chefs in the world. It’s a chance to meet suppliers offering the latest products and cutting edge innovations as well as network with fellow chefs and trade members.

During the demonstrations, Mark Greenaway commented that sous vide is a new way of cooking but a very traditional method and that he felt lucky to have the Clifton bath in his kitchen. Lisa Allan said it was really good to be able to be surrounded by suppliers at an event such as SCC where the chef can meet with the trade to see what the do, what the offer and who they are.

Will Holland gave a demonstration along with his junior sous chef, Liam Dillon and focused on ‘The Water Bath in the Modern Kitchen.’ Will has been a great supporter of Clifton Food Range® products for many years. It was a real honour to see him using the baths as a focal point during his demonstration. END_OF_DOCUMENT_TOKEN_TO_BE_REPLACED