James Knight-Pacheco has returned to Dubai after being offered an executive chef position at the prestigious Dubai Marina Yacht Club.

Clifton user James has previously worked in the Middle East, where he was based at The Six Senses Resort and Spa in Zighy Bay, Oman, as chef de cuisine.

James has over 14 years experience in the catering industry, working at Michelin starred restaurants including The Square, London, and Le Manoir aux Quat’Saisons, Oxfordshire. As well as working at these restaurants, James has also worked with top chefs Gordon Ramsay, Michael Caines MBE and Raymond Blanc. END_OF_DOCUMENT_TOKEN_TO_BE_REPLACED

See us at The Restaurant Show

It’s one month to go until one of the biggest Hospitality events of the year, The Restaurant Show.
We are pleased to announce we will be exhibiting a variety of Clifton products on stand UG29. The event will run from 5th – 7th October at Olympia, London.
We will be showcasing the popular water baths, all the latest sous vide accessories, Immersion Circulators and Integrated, ‘built in’ baths. There will be plenty to see and if you want advice on sous vide cooking, we are more than happy to answer your questions and offer help and guidance.  We look forward to meeting you in October! 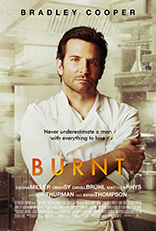 Clifton water baths have been selected to feature in the new 2015 film ‘Burnt’.

The drama stars Bradley Cooper and Sienna Miller. Cooper plays Adam Jones, a chef who has destroyed his career with drugs and erratic behavior. He cleans up his act and is determind to redeem himself and gain three Michelin stars at a top restaurant.

Click here to check out the trailer and see if you can spot our orange handles! Tweet us @cliftonfood, using the hashtag #orangehandles if you catch a glimpse! The film is set to release later this year.